Potential Titles for this film:

Opening Crawl for “A New Hero”: 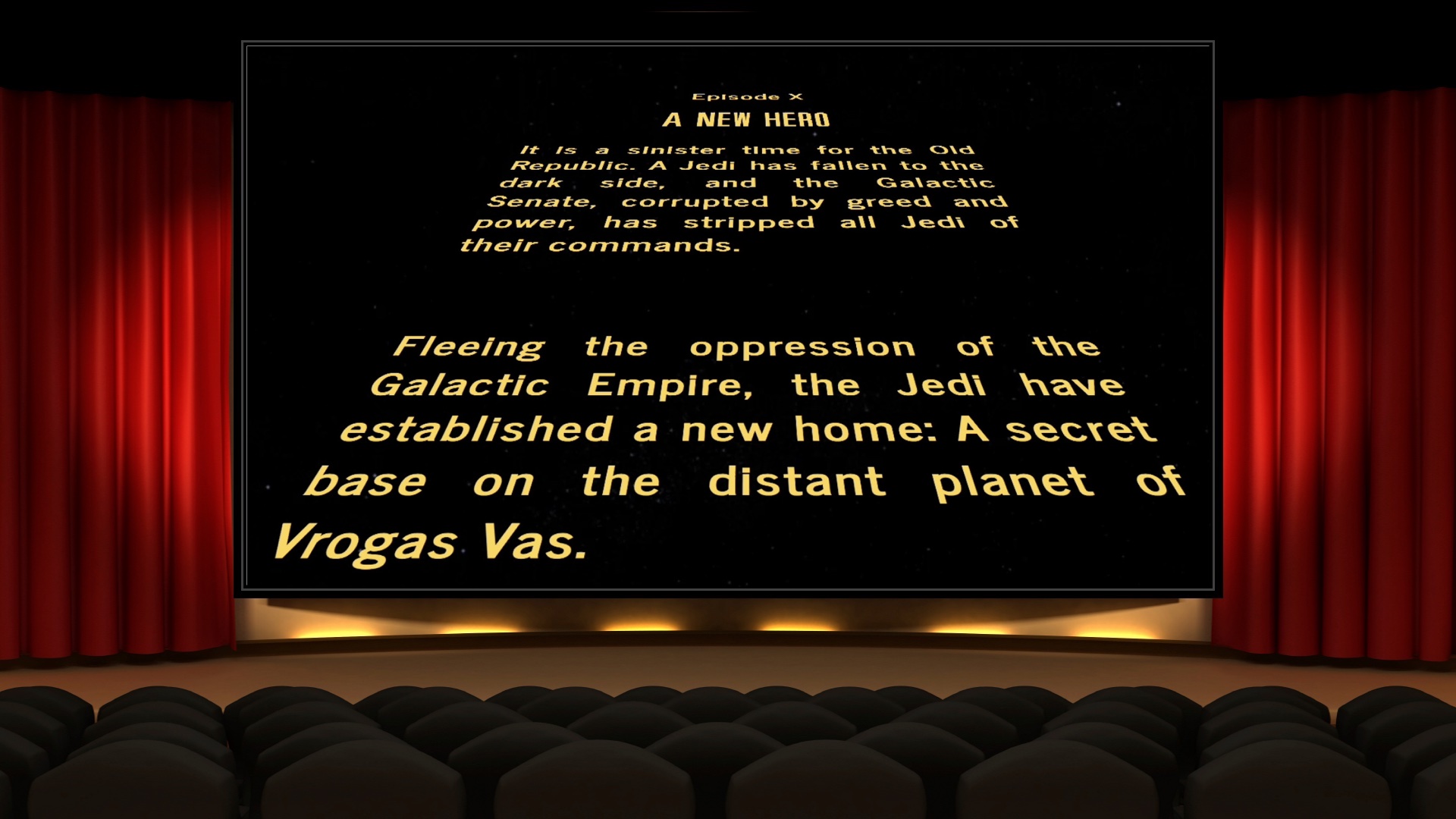 It is a sinister time for the Old Republic. A Jedi has fallen to the dark side, and the Galactic Senate, corrupted by greed and power, has stripped all Jedi of their commands.

Fleeing the oppression of the Galactic Empire, the Jedi have established a new home: A secret base on the distant planet of Vrogas Vas.

Away from the public eye, the Jedi Order has begun training a new Jedi, a young man determined to restore the Jedi to their full strength.

But the Galactic Empire has ordered the extermination of the Jedi, and the Jedi’s new home is not as safe as it seems. When the Empire discovers the location of the Jedi base, the young Jedi and his friends must make a choice: flee or fight.

Movie Titles for Episodes I - IX

Episode 1: The Phantom Menace
Episode 2: Attack of the Clones
Episode 3: Revenge of the Sith
Episode 4: A New Hope
Episode 5: Empire Strikes Back
Episode 6: Return of the Jedi
Episode 7: The Force Awakens
Episode 8: The Last Jedi
Episode 9: The Rise of Skywalker